Attorney and Counselor at Law

Jonathan is a native of Gwinnett County, Georgia. While completing his Bachelor's of Science degree in Criminal Justice, he worked as a police officer for one of Georgia's largest metro-Atlanta police departments. During his 8 years with the police department, Jonathan served as a patrol officer, field-training officer, and as a detective. These positions within the police department allowed Jonathan to be trained in various areas including crisis intervention and DUI detection, as well as investigative and interrogation techniques.

After leaving the police department, Jonathan and his family moved to Forest, Virginia to attend law school at Liberty University. During law school, Jonathan followed an emphasis in litigation. In addition to his coursework, Jonathan gained extensive courtroom experience as an intern with the Rockingham County District Attorney's Office in North Carolina as well as with the Bedford County Commonwealth's Attorney's Office in Bedford, Virginia. While working in these offices, Jonathan was able to investigate, prepare, and prosecute numerous juvenile, traffic, misdemeanor, and felony cases. 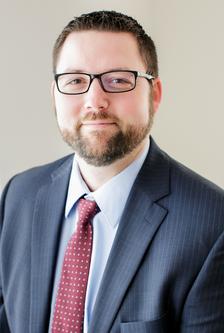